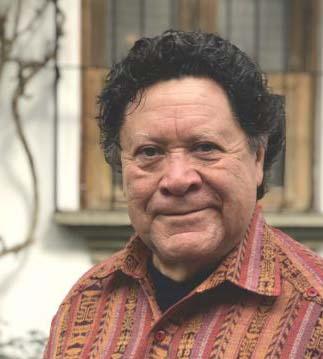 Luis Argueta is a Guatemalan American award-winning filmmaker known for his multinational immigrant narratives. His coming-of-age film, The Silence of Neto, is Guatemala’s 1st Oscar submission and is credited as being the inspiration for many of Guatemala’s current young filmmakers. The Guardian newspaper listed Mr. Argueta as one of Guatemala’s National Living Icons, alongside Nobel Laureate Rigoberta Menchu and Singer/Songwriter Ricardo Arjona.

Argueta is the only filmmaker to receive the Order of the Quetzal, Guatemala’s highest honor and in 2019, he received the Harris Wofford Global Citizen Award from the National Peace Corps Association. His series of immigration documentaries: abUSed: The Postville Raid, ABRAZOS, The U Turn, and Ausencia have made him a noted lecturer on immigration. His films can be viewed online at www.luisarguetaa.com.

The Lund-Gill Chair is named for former Dominican University President Sr. Candida Lund, OP, and former English professor, Sr. Cyrille Gill, OP. Each year, the Lund-Gill Chair in the Rosary College of Arts and Sciences brings to campus an individual of the highest moral and intellectual reputation who can address themes and issues at the heart of the liberal arts and sciences.