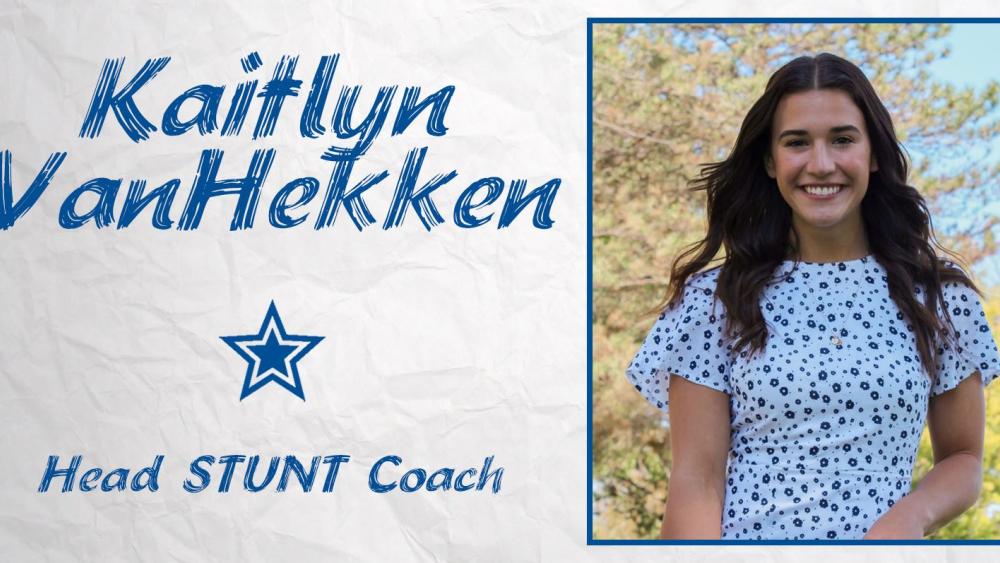 VanHekken brings a wealth of STUNT experience, which includes her time as an All-American competitor at Alma College, where she won three National Championships as a captain of the Scots STUNT and Competitive Cheer teams. She also excelled in the classroom as a student-athlete, earning Dean's List honors for a good part of her collegiate career.

The announcement of VanHekken to lead Dominican's STUNT program comes on the heels of the official unveiling of STUNT as DU's newest varsity sport. The sport of STUNT is a competitive women's sport derived from Cheer, and its games are head-to-head competitions between two teams that take the athletic and technical components of cheerleading and break them into four quarters with each quarter progressing in difficulty and number of teammates involved.

As one of the fastest-growing female sports in the United States, 56 universities currently sponsor the sport in 2022 with Dominican one of nine more universities committed to beginning STUNT in 2023. DU joins nearby-Concordia Chicago as one of just two schools in Illinois with collegiate STUNT programs.

She will also be serving as the Coordinator of Graduate Assistants to accompany her duties as head STUNT coach.

VanHekken earned a Bachelor of Arts in Marketing and Communications from Alma, graduating in 2021, and is currently pursuing a Masters in Sports and Athletic Administration through an online program offered by Gonzaga University in Spokane, Wash.