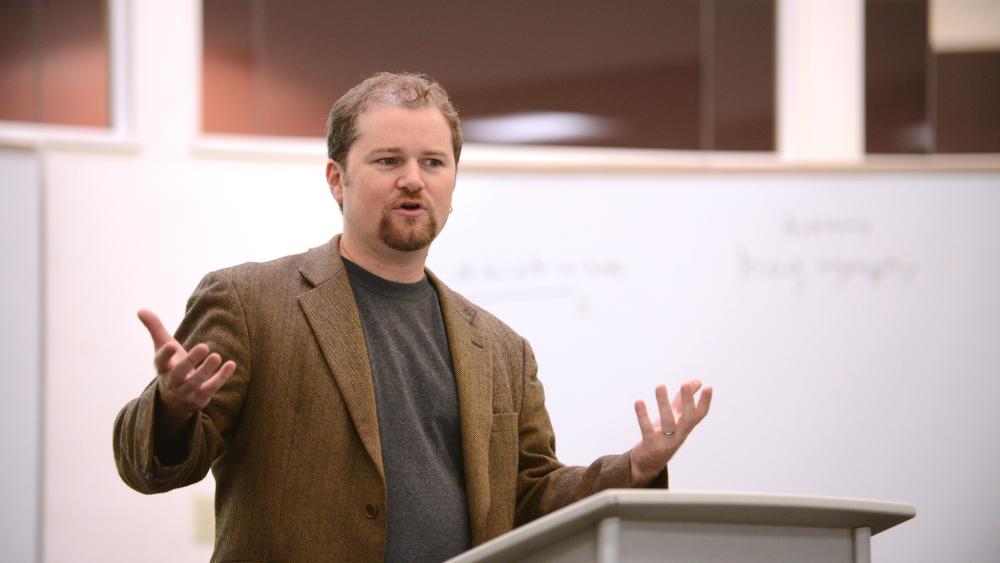 David M. Perry’s positive experiences with academic freedom during his time as a professor of Medieval History at Dominican University are captured in the introduction to his recent op-ed for CNN on the dismissal of an adjunct professor from a private Minnesota college.

“Well over a decade ago, I found myself teaching about abortion, eugenics, evolution, holy war and the history of the papacy at a Catholic university in the Chicago area,” wrote Perry, a journalist, historian and author who taught at Dominican from 2006 to 2017. “Although I had students who opposed my beliefs on every issue, I knew that at Dominican, everyone — from the chair of my department to the president of the university — had my back.”

Perry’s Jan. 9, 2023 piece, “The Staggering Mistake Hamline University Made is No Isolated Incident,” weighs in on action taken by the university against an adjunct art history professor who, during class, displayed and discussed a historic 14th Century image of the Prophet Mohammed made by and for Muslims. The professor had, according to news reports, warned students that they would be viewing some sensitive images of religious figures in the class and reportedly gave them the option of leaving the room before the image of Mohammed was shown.

Perry maintains that the professor’s actions showed “integrity and care” and that the university, which criticized the display of the image in class, failed to uphold academic freedom within the institution.

“Academic freedom encompasses the right to teach controversial material and the right for students to complain about it,” Perry argues.

Read the entire piece at CNN.com.