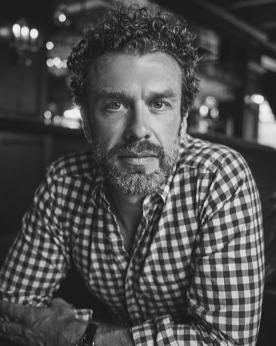 Email: ddalton@dom.edu
Phone: (708) 524-6302
Office: Fine Arts 323
Drew M. Dalton is a Professor of Philosophy at Dominican University. He received his Ph.D. in 2006 from the University of Leuven (BE) through a partnership with both the Husserl Archives and the Center for Social and Political Philosophy. His research and teaching interests are primarily in Phenomenology, German Idealism, Speculative Materialism, and Psychoanalysis especially as they address questions of lasting social, political, and ethical concern. His first book, "Longing for the Other: Levinas and Metaphysical Desire," (Duquesne University Press, 2009) integrated these interests through an extended exploration of the roots and implications of Emmanuel Levinas' concept of desire, especially as it relates to the emergence of ethical concern and informs our understanding of the origins of social conflict. His last book, "The Ethics of Resistance: Tyranny of the Absolute," (Bloomsbury, 2018), extended this research by examining the concept of the absolute in ethical decision making and exploring its role in the problem of evil. In addition to these longer works, Dalton has published a number of shorter works in various philosophical and interdisciplinary journals including: Philosophy Today, Angelaki, The Graduate Faculty Philosophy Journal, Phenomenological Inquiry, Idealistic Studies, Studia Phaenomenologica, Open Philosophy, and others. In addition to his academic interests, Dalton is also an amateur jazz guitarist and an avid middle to long distance runner. He also harbors an abiding love for modern architecture, street art, vintage stereo equipment, oatmeal cookies, and the Marx Brothers. More on Dalton's contemporary work can be found at https://www.ethicsandtheabsolute.com/ethics-resistance or https://www.amazon.com/author/drewmdalton.
Education
PhD, Philosophy, KU Leuven
Research Interests
Ethics, Social and Political Philosophy, 19th and 20th Century European Philosophy: German Idealism, Phenomenology, Speculative Materialism
Selected Publications
The Ethics of Resistance: Tyranny of the Absolute (Bloomsbury, 2018)
Towards an Object Oriented Ethics: Schopenhauer, Spinoza, and the Physics of Objective Evil (Open Philosophy, 2018)
Phenomenology and the Problem of Absolute Materiality: Psychologism, Correlationism, and the Possibility of an Ethics of the Inhuman (Dordrecht: Springer/Kluewer, 2017)
The Uncanny Doubleness of Emmanuel Levinas: On the Intersubjectivity of Time (Journal for Comparative and Continental Philosophy, 2016)
The Problem of the Other and the Ethics of Resistance: Confronting the Ethical deadlock of Phenomenology with Jacques Lacan (Palgrave MacMillan, 2016)
On the Possibility of Speculative Absolutes after Kant: Returning to Schelling through Meillassoux and Badiou (Angelaki: Journal of the Theoretical Humanities, 2016)
Selected Presentations
Ethical Materialism: Levinas for the New Materialists, North American Levinas Society / PaperI, 2015
Speculative Materialism and the Possibility of a Post-Secular Absolute, Association for the Continental Philosophy of Religion Annual Conference / PaperI, 2015
Exploring the Contrapositions of Modernity through Heidegger and Levinas, Phi Sigma Tau Southeastern Regional Philosophy Conference / PaperI, 2014
The Problem of the Other in 20th Century European Thought: From the Phenomenology of Empathy to the Ethics of Resistance, Brock University Graduate Studies Annual Lecture Series / PaperI, 2014
The Wisdom of Love and the Love of Wisdom: Using Philosophy to Desire Rightly, Florida Southern College Annual ODK 'Last Lecture' / PaperI, 2014

Dominican faculty and staff, log in to update your profile.