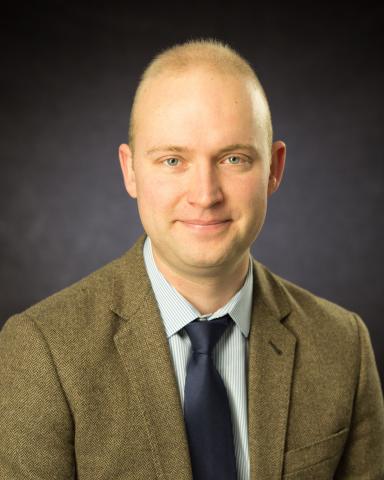 Christopher Allison is a historian of American religious history, with a particular specialty in early American material and visual culture. He is the second director of the Sister Mary Nona McGreal, OP, Center for Dominican Historical Studies, and affiliate faculty in the history department. He comes to Dominican from the University of Chicago, where he was Collegiate Assistant Professor of the Humanities, Harper & Schmidt Fellow in the Society of Fellows for the Liberal Arts, and affiliate faculty in the history and art history departments from 2017–2020. He was trained as a historian of early American history, from contact to 1877 (the end of reconstruction), with a specialty in American religious history, African American history, material and visual culture, and digital humanities. He splits his time working for the McGreal Center and teaching in the Rosary College of Arts and Sciences as affiliate faculty in the history department, where he teaches American history courses. In his capacities at the McGreal Center, under the division of Mission and Ministry, he leads a historical center devoted to the history of the Dominican Order in the United States, which includes an archive and an active research agenda, supporting the study of the Order of Preachers in the United States from the eighteenth century to the present. McGreal sponsors a publication series called OPUS, and is a resource for the whole Dominican family to preserve, tell, and innovate, so we can relate the stories of Dominicans in the United States, and serve the broader community of scholars of American religion and the wider public.

He received his PhD in the History of American Civilization from Harvard University in 2017, an AM in History from Harvard in 2013. Before that, he received a M.A.R. in American Religious History from Yale Divinity School in 2010, and a B.S. in Social Sciences Education from Olivet Nazarene University in 2006. He has received fellowships from the American Antiquarian Society, Yale University, Harvard University, the Cushwa Center for the Study of American Catholicism at Notre Dame, and more. He is also a scholar-in-residence at the Newberry Library in Chicago. He has published on a diversity of topics, such as portraiture in early American history painting, Catholic relics and material culture found in the early settlement of Jamestown, teaching with collections, theoretical approaches to the material culture of the body, early Mormon women, Quaker collecting, transatlantic religious intellectual exchange, and English pottery and celebrity culture, among others. He is also active as a curator and in digital scholarship, producing videos and exhibitions on material culture, the history of Harvard Divinity School, the contemporary legacy of the slogan "Well-behaved women seldom make history," and how to study objects.

He has a forthcoming book under contract with University of Chicago Press on sacred material culture and the body in early America. 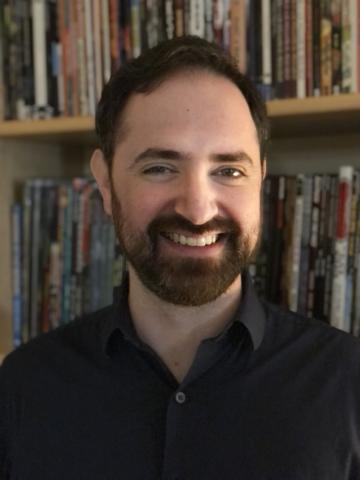 Aaron Reisberg holds a Master of Library and Information Science from Dominican University, with a Certificate in Archives and Cultural Heritage Resources and Services. He received his Bachelor of Arts in English and Religious Studies from Bradley University in Peoria, Ilinois.

Aaron oversees the maintenance, preservation, and access of the McGreal Center’s collections. He supervises student workers, interns, and volunteers in preserving and promoting archives that explore the history of the Order of Preachers in the United States. Aaron is passionate about sharing his knowledge and providing access to unique manuscripts and artifacts. He utilizes the Center’s Archives as a lab to train students that are interested in entering the profession. He prepares students for success after college by giving them hands-on processing experiences in which to apply the abstract principles learned in class. By educating students on the best use of tools, technologies, and practices, his intention is to aid both in their career and self-growth.

Aaron previously served as both Assistant Archivist and Museum Attendant at the Skokie Heritage Museum, where he created exhibits, led tours, and preserved collections related to the Village’s history. He volunteered with Hubbard Street Dance Chicago where he co-developed an institutional video archive. His interests include digital content management and access, coding, writing, and historical education. 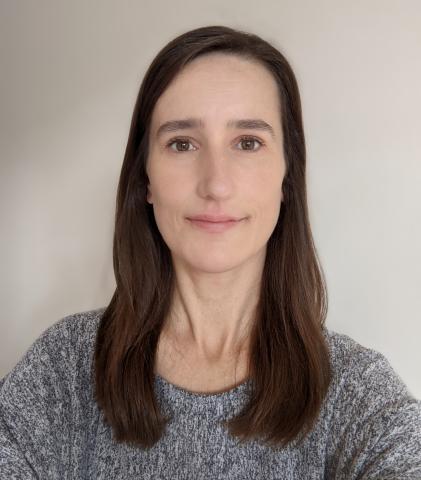 Brigid Crawley is a graduate student working toward a Master of Library and Information Science and a Certificate in Archives and Cultural Heritage Resources and Services. She holds a Master of Arts in Art History from Wayne State University, Detroit, and a Bachelor of Arts from Northeastern Illinois University, Chicago.

Her work at the McGreal Center includes the preservation, digitization, and creation of research tools for the special collections.

She seeks to combine her art historical background with library studies to work in a museum or special collections library. Her interests include preserving and facilitating access to rare materials and thinking critically about cataloging and interdisciplinary research. 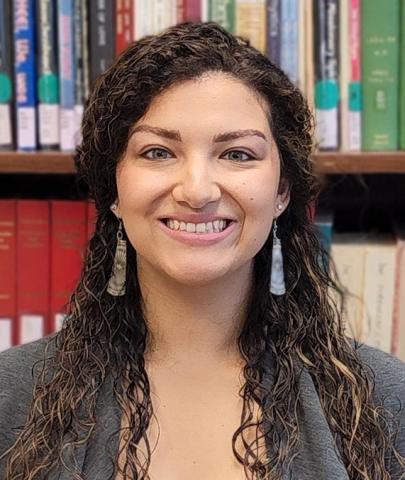 Dalia Mills is a second year graduate student pursuing an MLIS degree with a certificate in Archives and Cultural Heritage Resources and Services. She received her Bachelor of Science in Computer Informatic at the University of California Irvine, yet she wanted to dive deep into the archival field after working as an assistant at the Special Collections and Archives Center. Her interests lie in archival processing, digital archives, and access of information. 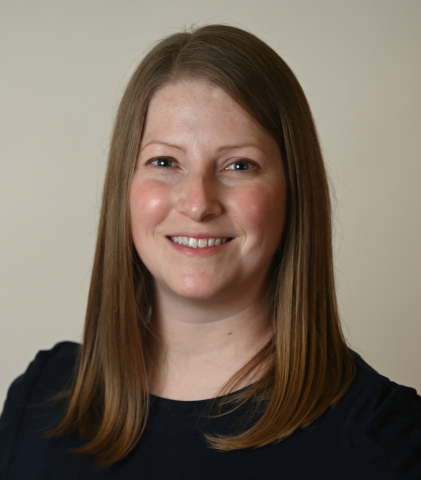 Marybeth Cave is a graduate student in the Master of Library and Information Science program at Dominican University. She received a Bachelor of Fine Art in theatre design and technology from Otterbein University in Westerville, Ohio. Marybeth is developing the backend and workflow processes for the Sacred Spaces Architecture Project. Her interests include theatre and arts preservation, book arts, digital archives, and architecture preservation. She is in her final year and will graduate with an MLIS as well as certificates in Digital Curation and Archival Studies. 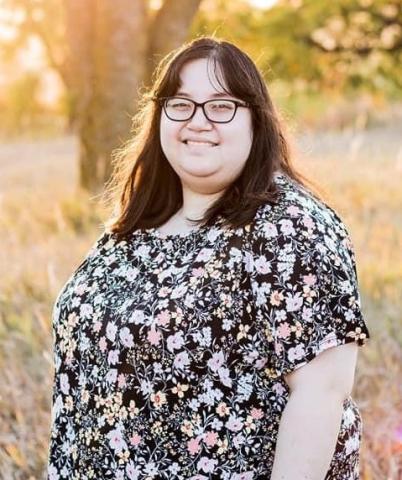 Salma Rios is a first year graduate student pursuing a MLIS degree with a certificate in Archives and Cultural Heritage Resources and Services. She graduated from the University of Iowa in 2021 with a BA in history with honors, a minor in Latino/a studies, and certificates in Writing and Museum Studies. Previous works include a senior thesis entitled Man, Myth, Legend: The Many Faces of Thomas More. 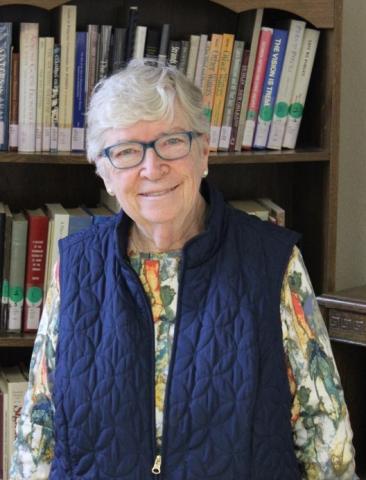 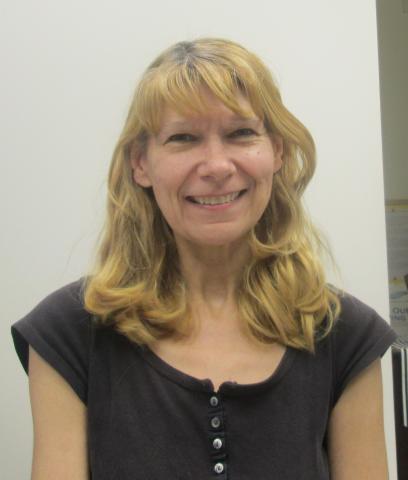 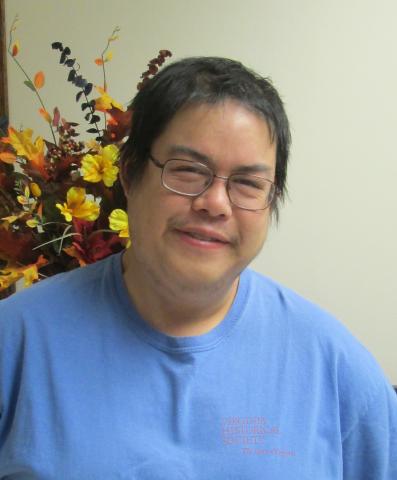