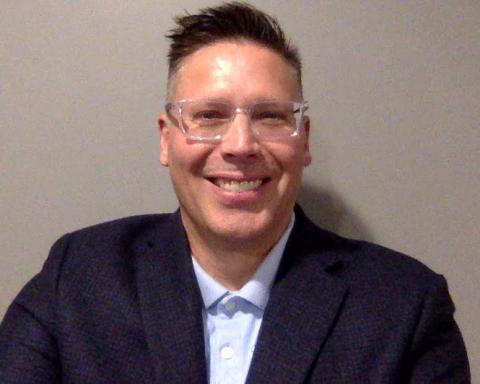 Dr. William G. Zic was born and raised in Chicago, Illinois and has been a Registered Nurse for more than 2 decades. Through the years, he has developed a tremendous amount of nursing experience. His professional nursing career began in the Adult CVICU (Cardiovascular Intensive Care Unit) at Loyola University Medical Center in Maywood, Illinois. From there, William moved to the Pediatric CVICU, the Emergency Department, Cardiac Electrophysiology Lab and Surgical Services at The University of Chicago Medical Center.

William completed a Master of Science Degree in Nursing Leadership (MSN) from Loyola University New Orleans in 2008. Upon completion of this degree, William went on to gain experience as Critical Care Nurse Manager and Nurse Director at both Ingall's Memorial Hospital in Harvey, Illinois and Saint Anthony Hospital in Chicago, Illinois. Following several years in Nursing Leadership, Dr. Zic pursued his nursing passion and began an academic career teaching nursing students at the university level.

During the academic years of his career, Dr. Zic has been employed as a full time Nursing Faculty Member at Chamberlain University in Tinley Park, Illinois, Saint Xavier University in Chicago, Illinois and DePaul University also in Chicago, Illinois. He has taught at various levels of both Undergraduate and Graduate Nursing Education including courses in: Critical Care Nursing, Advanced Health Assessment, Pharmacology, Applied Pathophysiology, Pediatrics, Nursing Leadership, Healthcare Policy and Politics and Nursing Research. William completed a Doctor of Nursing Practice Degree (DNP) in Healthcare Leadership from Chamberlain University in Elmhurst, Illinois in 2019.

William is married and has three children. He and his wife met while working together in the Pediatric Cardiovascular Intensive Care Unit at the University of Chicago Medical Center earlier in his career. Together, they reside in a regional suburb of Chicago.

Dr. Zic is passionate about preparing Nursing Students for the real nursing world that lays ahead. He could be working in another area of Professional Nursing, but he has chosen to be right here, right now- with us!
Education
MSN, Healthcare System Leadership, Loyola University New Orleans

Dominican faculty and staff, log in to update your profile.