“It’s very likely she would have died” 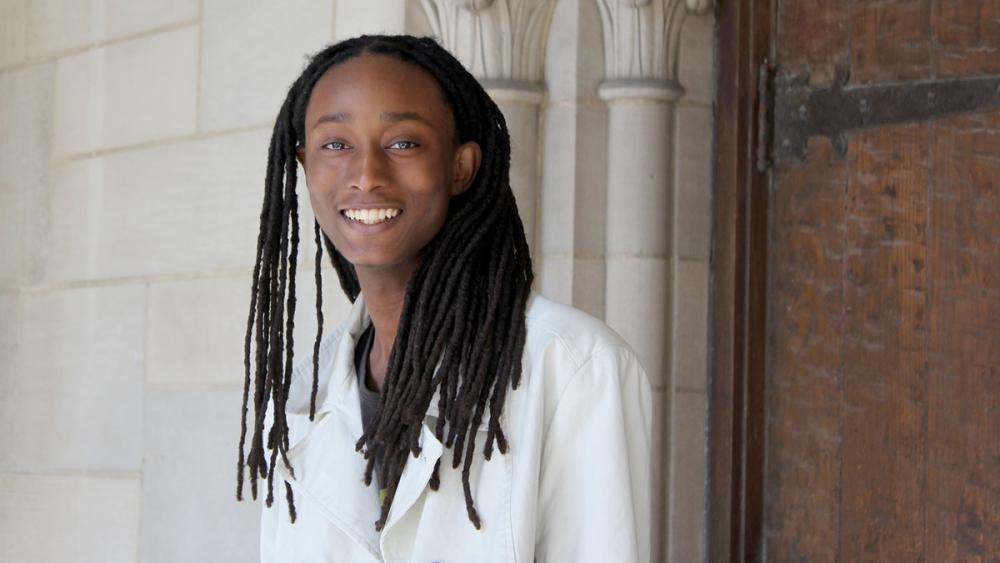 Liberia was one of the countries hit hardest by the West African Ebola crisis. The epidemic killed more than 4,800 people in the country from 2014 to 2016. In June 2016, Dominican Honors Program graduate Tye Turner was among the first Peace Corps volunteers to be allowed back into the country to help people recover from the devastation.

The biology major had just graduated a few months earlier, and was assigned to teach secondary science courses. He soon found his most important work involved educating people on another subject: public health.

“Many Liberians had come to distrust the health system during the Ebola outbreak,” Turner explains. “They associated government hospitals with death; that’s where their sick relatives went and died. This, combined with necessary quarantine measures like the burning of bodies fueled rumors and distrust.”

Turner had set up an informal “kindergarten” on his back porch for the children of people who could not afford school. He treated the children’s basic health issues, including common infections like ringworm. And when the parents came to pick up their children, they began to share their own health concerns. Turner encouraged them to seek treatment and set up an informal pipeline to a hospital where a Peace Corps doctor was posted.

When a pregnant neighbor became seriously ill with suspected malaria, Turner took her temperature, gave her some medicine and urged her to go to the hospital, but she refused. Though malaria is Liberia’s No. 1 killer, many people mistakenly think of it as no more a threat than the common cold, Turner says.

“When I checked on her later that night her fever had reached 104 degrees,” Turner says. “I refused to leave the room unless she came with me to the hospital. She finally relented, and her son and I helped her onto a motorbike. We arrived at the hospital where she was diagnosed with complex malaria. She went on to make a full recovery and give birth to a healthy child. I’m proud of that moment. It’s very likely she would have died if she had not been treated that night.”

Turner is now studying crisis management in graduate school, working at UNICEF USA and taking steps to become a U.S. diplomat in the Foreign Service. He says the Honors Program encouraged him to explore areas beyond his primary interest in scientific research and gave him the chance to pursue multiple courses of study at the same time. “My advice to honors students is to take advantage of every opportunity you get, even if you don’t think you’re qualified. And build a network with your professors. Ask them questions and challenge yourself. Your undergraduate degree is not as important as your ability to show that you can accomplish a task. Do everything that you possibly can.”