“My life is research. I adore it.” 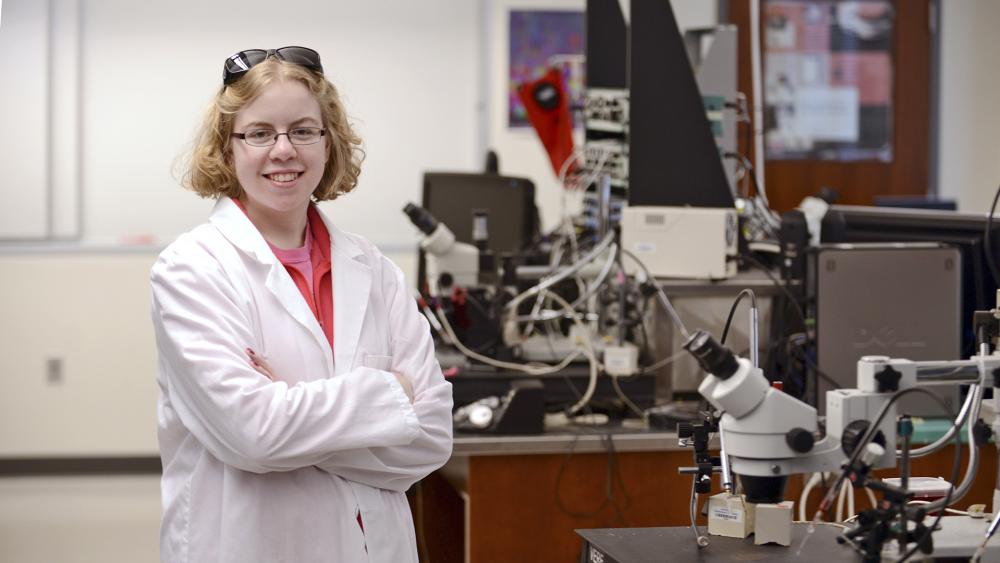 Doing scientific research with sea slugs, beetles and bacteria as an undergraduate at Dominican University helped Geraldine Holmes ’14 get accepted into a prestigious PhD program at the University of Victoria in Victoria, Canada—tuition-free, with housing and a generous stipend. Holmes is pursuing a PhD in evolutionary biology with an emphasis in plant genetics.

“My supervisor in Canada is already in awe with all that I’ve done,” said Holmes, who majored in biology and environmental science. “He wanted to know more about what school I came from, what kind of programs they had going on, what they were doing to have me so enthralled, so enthusiastic, so into research. That’s when I told him that it was all Dominican. Dominican is small enough to have so many research opportunities that I was able to work with many different professors,” Holmes said.

During her four years at Dominican, she spent countless hours in the lab and did summer research during three out of the four summers. She also did plant research at the Morton Arboretum.

“My life is research. I adore it. The people at Dominican, the research—just the community as a whole—helped make me not only a better person, but also a better scientist,” Holmes said.

She was hooked on coming to Dominican after she broke the heel off her high-heel shoe during a tour while walking on the permeable pavers on campus. After asking the tour guide about the “cobblestones,” she found out the pavers allow rainwater to drain into a cistern to be recycled through campus.

As a student, Holmes also served as president of student Eco Club and as a member of the university’s 4RFuture sustainability committee.

“This campus not only has the science facilities that were up-to-date and modern, but they care about the environment and introduce students to ways to be green,” said Holmes, who majored in biology and environmental science. “That was the lock and key that got me in.”

One of the research projects she worked was a habituation experiment to test the formation of long-term memory in sea slugs. Using a sea slug “car wash” with broom bristles that flick back and forth over the slugs at different intervals, she could measure the slug’s decrease energy use for reacting to harmless stimuli.

That work was part of a long-term neuroscience research project on the biological basis of memory, led by professors Bob and Irina Calin-Jageman, which has resulted in several published research articles. Holmes was credited as a co-author on an article published by the National Institutes of Health, “An Aplysia Egr homolog is rapidly and persistently regulated by long-term sensitization training.”

Holmes says her ultimate dream is to have her own lab, do research and teach. She tutored while she was a student at Dominican and also got experience as a teaching assistant in the lab.