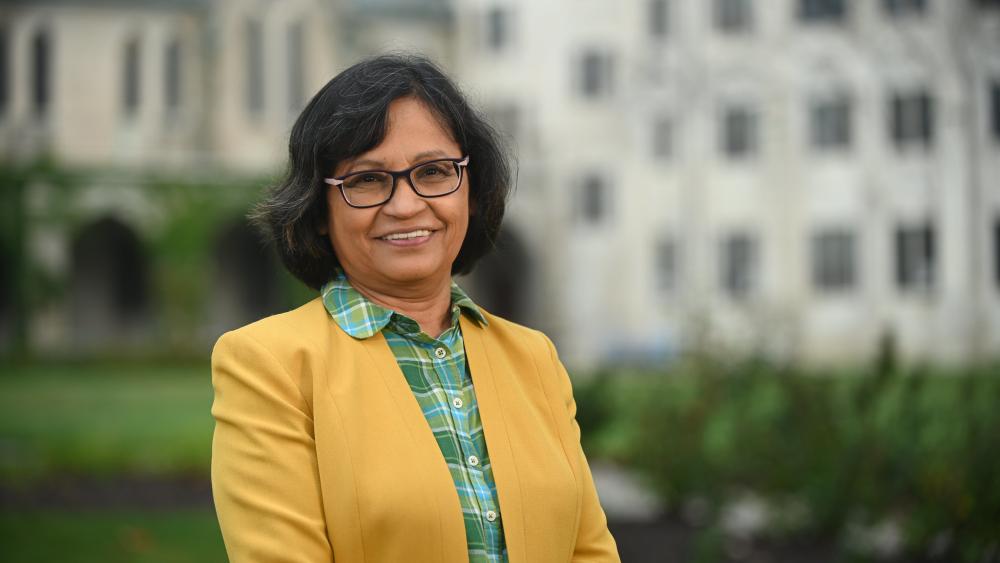 Salvatore, a professor in the School of Information Studies and coordinator of Dominican’s Archives and Cultural Heritage Program, is featured in the Field Museum’s Regenstein Halls of the Pacific, an exhibit exploring the history and culture of the Pacific Islands through artifacts and personal stories.

In videos that are part of the exhibit, Salvatore discusses her experience growing up in Saipan and her family roots in that culture.

The installation opened in February of 2021 and Salvatore wasn’t sure that it would still be on display for the Society of American Archivists to visit, but she recently learned it will be housed in the museum permanently.

While Saipan is an American territory, feeling like an “other” in their own country is a common feeling expressed by Americans from Saipan and other Pacific Islanders, Salvatore notes.

“The reality of it is that wherever we are, people remind us that we’re not from here,” Salvatore says in the video. “You gotta belong to someplace …. If I don’t have my heritage, then what do I have?”

The Field Museum, along with their collaborator Angel Park, invited co-curators, including Salvatore, to explore and voice their experience, capturing “a range of often-emotional stories about lived experiences as ‘the other’ in America, the challenges and joys of maintaining a connection to tradition and identity, and mixed feelings about how museums depict cultures and hold objects that represent traditions,” according to the museum.

This approach represents a broader shift for the Field Museum.

“For many years and especially over the last several, the museum has begun to make a concerted shift in how we create exhibitions, work in collections, and continue to do work related to cultural items,” said Monisa Ahmed, exhibition developer at the Field Museum. “It's important to include the voices of our collaborators, co-curators, and members of the descendent communities in general, like Dr. Salvatore, to help tell the stories tied to those artifacts in as authentic a way as possible, especially given the problematic way a lot of these cultural items were collected. Dr. Salvatore puts it best in her interviews: ‘The artifacts are there, but there are certain things that are best understood verbally in terms of stories.’”

In addition to speaking about their experiences, Salvatore and her fellow co-curators discuss objects in the museum’s collection, including some artifacts that even museum staff did not fully understand.

“They have this little coconut grater. I grew up with that, but they did not know the whole story about it,” Salvatore said.

Salvatore emphasizes the importance of this approach — inviting people who belong to a culture to share its stories rather than an educated outsider who studies cultures, but may be unlikely to truly understand the nuances.

“It's important when you go to these archives and museums to see what's missing,” Salvatore explained. “That’s very much central to the way I teach.”

The exhibit aims to explore “what’s missing.” And Salvatore is an ideal subject to feature for this work. Not only does she bring cultural fluency when it comes to the Pacific region, she is also an archives expert, bringing a deep understanding of the exhibit’s objective.

“We're so grateful for Dr. Salvatore's expertise, time, energy, and wonderful spirit when it comes to doing this cultural work,” said Ahmed.

Salvatore, likewise, speaks highly of her experience working with the team at the Field Museum. 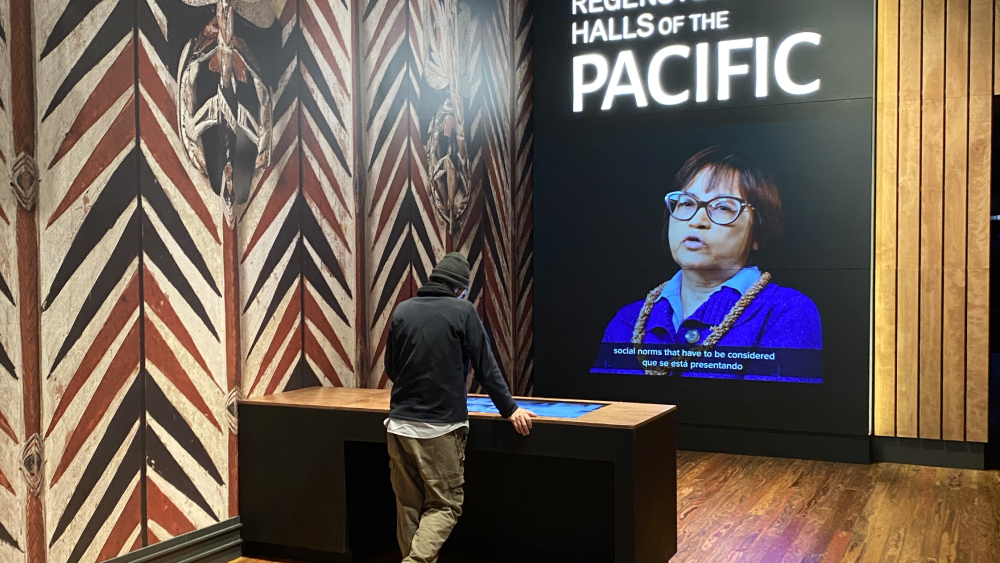 Dr. Cecelia Salvatore is featured in a video exhibit at the Field Museum's Regenstein Halls of the Pacific.
(Photo courtesy of Angel Park)