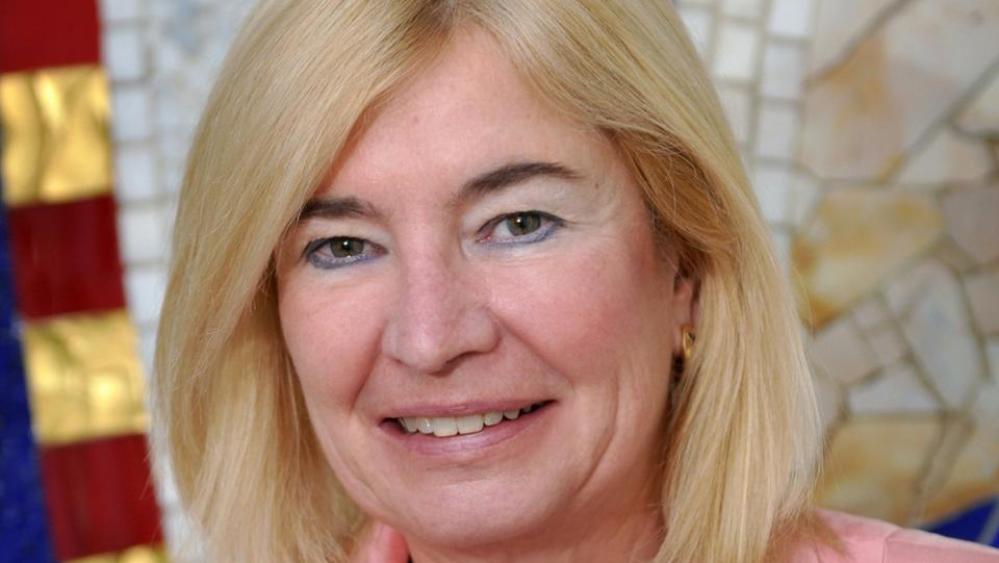 River Forest, IL  – Dominican University is pleased to announce the selection of Dr. Laura Niesen de Abruña as the university’s next provost and vice president for academic affairs.

She will begin her new position on July 25.

Niesen de Abruña is currently the founding provost and vice president of academic affairs at York College of Pennsylvania, where she is also a professor of English. She previously served in these same roles at Sacred Heart University in Fairfield, Connecticut and at Roger Williams University in Bristol, Rhode Island. She has also held the position of dean at Heidelberg University in Tiffin, Ohio and at Susquehanna University in Selinsgrove, Pennsylvania.

Since 2016, she has served as director and principal investigator for the Digital Fellows Project with the Bill and Melinda Gates Foundation.

In her role at Dominican, Niesen de Abruña will be charged with leading and empowering university faculty while developing transformative programs and experiences for students. She will also serve as the university’s chief academic officer, acting as an advocate for the academic mission of Dominican University.

She succeeds Jeff Carlson, who earlier this year announced his decision to step down from his role as provost to return to teaching.

“Dr. Niesen de Abruña comes to Dominican with extensive leadership experience at private institutions of higher learning, and I am confident she will make an immediate, meaningful impact as our new provost,” said Dr. Glena Temple, university president.

A search firm hired by the university built a candidate pool and a committee consisting of 10 Dominican faculty and staff members was formed to conduct first- and second-round interviews with selected candidates in April and May. The committee then provided feedback to the university’s president, who selected Niesen de Abruña as the university’s next provost.

“Dr. Niesen de Abruña impressed all of us on the committee with her breadth of experience and her quick ability to analyze problems and come up with solutions,” said John Jenks, co-chair of the provost search committee. “We thought she would be a good fit for Dominican.”

Because she comes to the university with prior experience as a provost at private colleges and universities, Niesen de Abruña will arrive at Dominican prepared to step into the role, Jenks noted.

Niesen de Abruña said she is looking forward to working with the academic and student affairs leadership teams to “provide the best possible education for our students.”

“Dominican University offers a great opportunity for me to join the president's senior team in a faith-based, comprehensive institution that is centered in the values of Catholicism, especially social justice, and in the power of the liberal arts to nurture broadly-educated students to become global and informed citizens,” she said. “To me, Dominican University is exactly the type of university that I want to join — one that has the rich tradition of the Sinsinawa Dominican sisters and that has extended the concept of human dignity to include its work as a sanctuary campus.”

She has been a professor of English literature for many years and has received numerous awards, including two Fulbright Fellowships in Belgium and Luxembourg.

In her leadership roles she has been involved in raising millions of dollars in grants, scholarships and endowments.

Niesen de Abruña speaks Spanish and French, in addition to her knowledge of Latin, Anglo-Saxon, Dutch and some ancient Greek.

Founded in 1901, Dominican University is a comprehensive, coeducational Catholic institution offering bachelor’s and master’s degrees through the Rosary College of Arts and Sciences, the Borra College of Health Sciences, the Brennan School of Business and the College of Applied Social Sciences. The university also offers a doctoral degree in information studies. U.S. News & World Report ranks Dominican University #10 of all Midwest regional master’s level universities, the best value in the Chicago area and #3 in Illinois for ensuring the social mobility of its graduates.