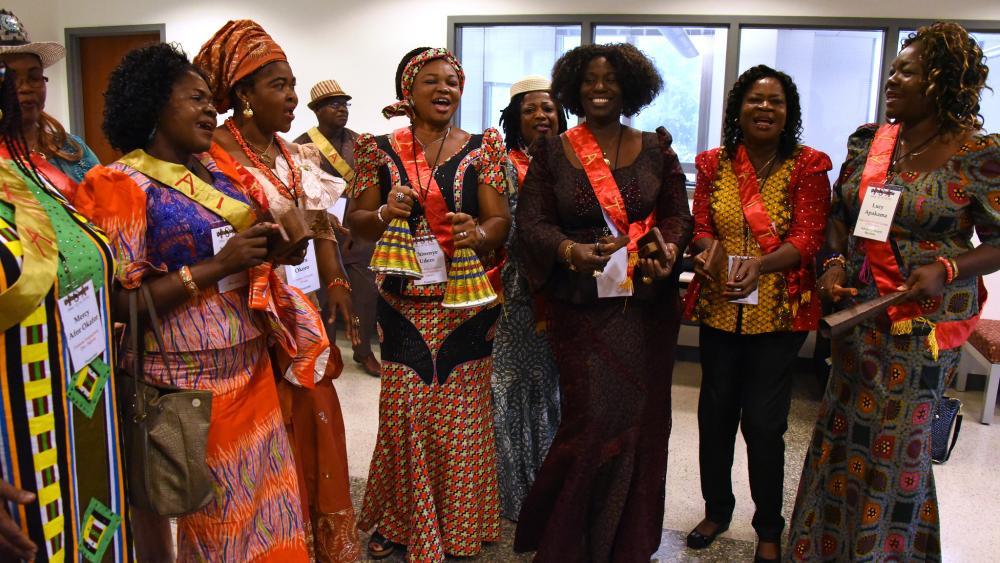 Three years after its creation, the Center for Igbo Studies at Dominican University is beginning a new academic year with plans for a more “vibrant” series of educational programs and efforts to seek historic designation of a Georgia site linked to an 1803 slave revolt.

The center was established in 2019 at the request of the Igbo Studies Association, a global organization dedicated to promoting and encouraging the study of Igbo history, culture, language, literature, social movements, science and technology. The Igbo are an ethnic group originating from Nigeria, with a sizable population in the United States and the Chicago metro area.

The center’s mission is to “facilitate the greater understanding of Igbo history, civilization, religion, culture, and language, while analyzing the current state of the Igbo Nation.”

For the Rev. Austin Okigbo, chairman of the advisory board to the Center for Igbo Studies, the center will be an outlet for communicating Igbo contributions to science, medicine, athletics, education and American history itself.

“We have stories that are not often told,” Okigbo said. “But Igbo history in North America and the New World — in both the old and new diaspora — is very strong. It all points to one thing: A group of people who are very resilient, innovative and creative, and who have contributed much for humanity.”

Dr. Nkuzi Nnam, director of the Center for Igbo Studies and a professor of philosophy at Dominican University, said there is an effort to raise awareness of the center this year after the pandemic prevented a more formal launch.

“We want people all over the world to know about it,” he said.

Goals for this year are to continue hosting educational lectures — which have largely taken place virtually — featuring scholars and specialists from across the globe. A formal inauguration of the center is envisioned for May, and relaunching Igbo language and culture classes for the greater community is also desired, Nnam said.

Perhaps most significantly, the center, with Gullah Geechee Community of the Southeast United States, is working to obtain national historic designation for Igbo Landing on St. Simons Island, Georgia, to commemorate the group of enslaved Igbo people who rebelled against their captors and committed suicide by drowning in 1803 rather than face lives as slaves in America.

“One of our plans this year is to turn that site into a memorial site for Igbo people all over the world to visit,” said Nnam, who traveled to the island this summer.

The events of St. Simons Island are a testimony to the Igbo spirit of resistance, countering the narrative that enslaved people willingly accepted their fate, noted Okigbo. The Black experience in America, he explains, has always been one of resistance and the quest for freedom.

“Igbo Landing is an important historic moment that tells the story from the very beginning,” Okigbo said. “Here are people brought as slaves, but they resisted. They would rather die than be slaves.”

The Center for Igbo Studies was created through a $55,000 endowment funded by donations, a $25,000 contribution from the organization 100 Igbos USA, and a $25,000 match from former Dominican University President Donna Carroll, Nnam said.

Several sites around the country were considered for the center, but Dominican was ultimately proposed based on several factors, including its proximity to Chicago and O’Hare Airport, Chicago’s sizable Igbo population, and the university’s welcoming nature, Nnam and Okigbo said. Dominican’s Black World Studies major was another important reason behind the selection, Nnam noted, while Okigbo pointed to the many Igbo who are members of the Dominican order around the world.

Even before the center was established, the Igbo Studies Association’s annual conference was held at Dominican University.

“Our hope is by the time the center is fully operational and the story of the Igbo becomes much more mainstreamed, this will lead to the establishment of new centers in other institutions,” Okigbo said.