Juan de Marcos and the Afro-Cuban All Stars 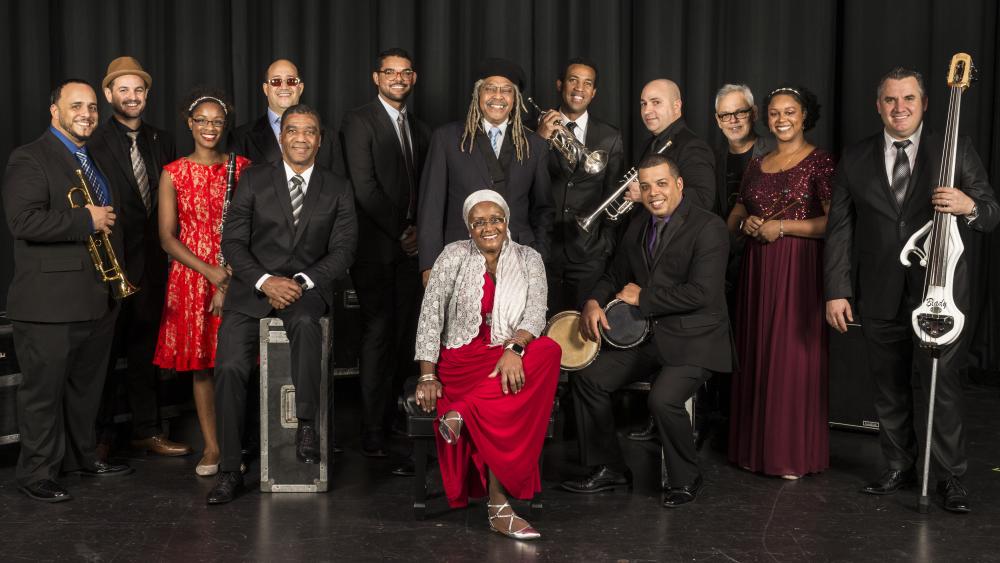 After gaining international fame for reviving the classic sound of Cuban son, tres master Juan de Marcos turned the Afro-Cuban All Stars into a sensational showcase for Cuba’s most prodigious young musicians. Long revered in Latin America and Europe as a founding member of Cuba’s great son revival band Sierra Maestra, de Marcos first gained notice in the US as founder of the now legendary Buena Vista Social Club.

Co-presented with the International Latino Cultural Center of Chicago

Juan de Marcos González is a Cuban musician and bandleader best known for his work with the Grammy Award-winning Buena Vista Social Club and the Afro-Cuban All Stars. The music he produces combines a number of styles, including classic son montuno, contemporary timba, swinging big band guarjira, Afro-Cuban jazz danzon, and the tribal rhythms of abakua bolero. In addition to his ensembles’ work, González has served as a musical arranger and producer for a number of other artists, including Ibrahim Ferrer and Rubén González.

Afro-Cuban All Stars is the band created by Juan de Marcos, founder, musical director, A&R and co-producer of the Buena Vista Social Club session albums, along with Nick Gold, executive producer and owner of World Circuit Records, to introduce and promote such productions. Since its debut, the ensemble has performed the best of the Cuban repertoire in its shows, presenting most of the genres that have made Cuba an influential country in terms of popular music, from the most traditional such as Son Montuno, Guajira, Bolero and Danzon, to contemporary ones like Timba and Latin Jazz. Their concerts are simultaneously intellectual, educational and joyful, ending in most cases in a Cuban-style party.